Believe it or not, even the smallest details of your lifestyle can affect your body and health in general. As it turns out, our bodies need broccoli sprout supplements, healthy food can make us hear better, and closing our eyes can help us remember things.

Bright Side has put together 12 unbelievable body facts that may make us all reconsider our habits and improve our health!

1. A couple of cups of coffee a day keep the doctor away. According to the British Medical Journal, drinking 2 to 4 cups of coffee a day is beneficial to our health. Existing evidence links coffee consumption with positive health outcomes. Drinking coffee in moderation, it seems, lowers the risk of developing cardiovascular disease. Coffee drinkers can also be protected from several other diseases such as diabetes and dementia. According to studies, optimists live longer than pessimists. Because they tend to exercise more and eat healthier foods, optimists are more likely to have a healthier body, healthier blood pressure, and cholesterol levels.

Having a positive attitude not only makes us feel better in the present but it can also extend life expectancy. In addition, optimists have longer romantic relationships. Researchers also found that optimists are 10% less likely to fall ill and are more in tune with their psychological wellbeing. They also have faster recovery rates when it comes to surgery or disease.

3. Our bodies were made for carbs. Researchers at the University of Buffalo studied 46 mammal species and found out that human bodies have actually evolved to be able to stomach more carbs. Indeed, humans have more of the amylase gene, an enzyme that breaks down carbs and produces energy, thus fuelling our bodies. Amylase in the saliva is more widespread than previously known which allows our bodies to immediately recognize starch for what it is: a very tasty source of energy. We find LED lights in most modern facilities, both domestic and public, and LED backlight technology is quite common. However, these lights pose a significant risk of eye damage.

A 2018 study links the use of backlit screen devices with poor sleep. People who turn their phone off at least an hour before going to sleep have reported having better sleep patterns than those who use LED screen display devices after 10 PM. In fact, LED lights can interfere with our circadian rhythm, a process that regulates the sleep-wake cycle and is likely to cause us to develop headaches, visual fatigue, and general visual discomfort, which in turn, increases the risk of accidents.

We might feel compelled to check the latest news before going to bed but instead, it’s worth turning off all the lights before you go to sleep. Your eyes will thank you as soon as you open them back up the following morning!

5. Your body doesn’t benefit from dieting.

The math is simple: burn more calories than you eat and you’ll lose those extra few pounds you want to get rid of. But dieting might not be that easy. A recent study found that rigid calorie restriction slows our metabolic rate, which in turn makes our bodies go into “survival mode” to save energy. By the same token, skipping meals just won’t do. In fact, dieting may be more harmful than we think it is. Hunger cues are your body’s way of saying it needs a dose of energy.

Our bodies are intelligent and can regulate our energy intake according to the energy expenditure. That is to say, we should listen to our bodies and eat when we should, and stop when we are no longer hungry.

6. Work, stress, and poor sleep cause the body to age early. According to a recent study, work-related stress and poor sleep are a recipe for premature body decay. Our heart malfunctions during stressful moments. "It affects a protein in the heart muscle critical for heart contractions,"explain researchers at the University of British Columbia. People who suffer from stress coupled with poor sleep are 3 times more likely to develop cardiovascular disease compared to those who sleep well and don’t report having a stressful job.

Our bodies need sleep to recover and restore energy levels. By reducing our exposure to stressful situations, both our behavior and physiology improve significantly. Unfortunately, we don’t always have control over the source of our stress, but any strategy we can adopt helps mitigate its effects and it will immediately pay off. 
The benefits of bilingualism are indisputable. Learning a second language during adulthood might be harder compared to learning one as a child but the effort is well worth it. In addition to being a useful skill, being fluent in a second language slows down the aging of the brain, even when the learning process starts later in life.

Studies show how a second language enhances our cognitive abilities and improves our attention and focus. Recent studies found that fluency in 2 or more languages may delay the incidence of Alzheimer’s disease. Scientists observed how using more languages increases gray matter density which is a sign of a healthy brain, and how it can strengthen white matter — in other words, communication between neurons. The beneficial effects vegetables have on our health are well known. But what is less known is that our bodies react to a chemical compound found in broccoli sprouts that shows promise of easing classic behavioral symptoms in people on the autism spectrum. Lately, oatmeal has become more popular and for good reason! In addition to being a nutritious breakfast, oatmeal has beneficial effects on our mood.

Oatmeal is a healthy carb that stimulates serotonin production. Serotonin is a chemical responsible for our general wellbeing and happiness. It can smooth out muscles and contributes to a healthy sleep-wake cycle.

Oatmeal is also a great ingredient if we wish to lower our daily caloric intake. Oatmeal is a reliable source of energy especially if eaten for breakfast. It can fuel our bodies for long periods of time and people who eat oatmeal for breakfast tend to eat less caloric meals throughout the rest of the day.

10. People who walk at a fast pace make their heart healthier. Fitness enthusiasts already get their weekly exercise but some of us cringe at the mere sight of a treadmill. However, physical activity doesn’t necessarily include sophisticated gear and complicated exercises: walking just 30 minutes a day at a fast pace helps our general body health. People who engage in regular brisk walking are 31% less likely to develop cardiovascular disease than those who do not engage in any aerobic activity and reduce the risk of dying by 32%. Bloating, excessive weight gain and vitamin deficiencies are only a few of the harmful consequences of having an unbalanced diet. But did you also know eating affects our hearing as well?

Studies show that the quantity and quality of our calorie intake play an important role in our hearing health. While it’s sometimes only a temporary effect after a large meal, researchers have linked our daily diet to hearing loss. Researchers found that people with better HEI (Healthy Eating Index) also had better hearing.

12. Closing your eyes helps you to remember things better. Studies show that closing your eyes boosts your memory, so if you’ve forgotten where you parked your car or left your keys it may be worth shutting the outside world out for a moment.

Blocking out distractions is thought to free up the necessary brainpower to remember things. Studies suggest that closing the eyes can even help one to remember events that date back several years.

Even police forces use the trick of asking eyewitnesses to shut their eyes during interviews.

Were you surprised? Will you reconsider some of your habits? Please let us know! 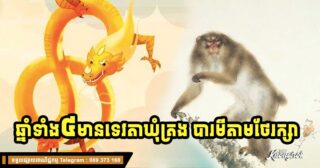 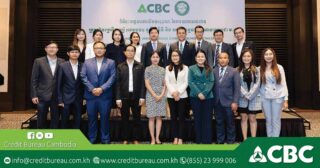